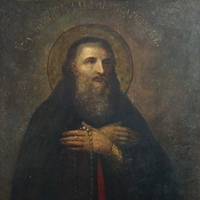 Memorial day on OCTOBER the 18th

One of the most marvellous monks, Damian, lived at the holy Cave Monastery in the abbotship of St. Theodosius. He followed his tutor in his angelic life and in all virtues, achieving humility and obedience. St. Damian amazed people by his meekness and submission. The saint was diligent in vigilance, reading of the Holy Scriptures and prayers. There was a word about Damian that he was a man of great restraint and up to his repose he ate and drank nothing but bread and water.

Thus, God made Damian worthy of the gift of wonderworking and healing. Every time an ill person arrived to the monastery and approached St Theodosius for help, the abbot would order righteous Damian to pray over the ill. Damian said prayers with humility and obedience, anointed the ill with some consecrated oil and, by God’s Grace, the ill would go away healthy.

Righteous Damian lived many years at the monastery in God- pleasing monastic toils. When he fell into illness approaching the end of his earthly life, he prayed to God with tears. St Damian asked God to make him worthy being a partaker of the glory of the saints. He prayed to God, ‘Jesus Christ, do not separate me from my teacher St Theodosius in Your Kingdom’.

As he was praying, an angel appeared near his bed in the image of St. Theodosius, bended over St Damian, and said, 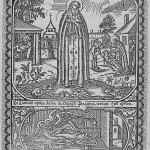 ‘My child, your prayer has been heard by the Lord. He has sent me to assure you that your request will be fulfilled. I will not be separated from you in that world which has been prepared for us.’

Having said this, the angel became invisible. St. Damian understood that he had had a vision from God, for he did not see the visitor enter or leave through the door, but he became visible and invisible at the same spot and immediately. He called for St Theodosius beseeching him to come. When the saint arrived St Damian asked him joyfully, ‘Father! Will it be as you promised when you appeared to me today?’

The saint knowing nothing about that replied, ‘I do not know, child, what promise you are talking about.’

Then Damian informed the abbot about his prayer and the wondrous appearance. Upon hearing the story, God-inspired Theodosius praised God and told Damian, ‘Oh, child! God will keep his promise given to you for God’s angel appeared to you in my image. I am sinful and how can I promise you the glory which is prepared by God for the righteous?’

When St. Damian heard that, he rejoiced in spirit and got affirmed in hope. He called for all the brethren, kissed everyone and, in good confession peacefully gave up his soul into the hands of the Lord through awesome angels. St. Damian’s face lit up showing joyful separation of his soul from its body At this, St. Theodosius ordered the semantron to be sounded, so that all the brothers would gather. Damian’s body was carried over with honour and chanting to the caves.

May our God, glorified in the Trinity, by prayers of the blessed healer Damian, make us worthy being communicants of His Kingdom, where there is no illness in the endless ages. Amen!